“The story of Gareth Hoskins Architects is an important element in the early 21st century revival of contemporary architecture in Scotland – an architectural movement that is notably original, outward-looking, and confident.” Hugh Pearman, Editor of the RIBA Journal

It is entirely appropriate that Helensburgh, world renowned for the architecture of Mackintosh, Paterson, Leiper & Wemyss, should have been home to one of the most influential British architectural stars of recent times, a rising star who left us far too early.

Gareth Hoskins was born in Edinburgh in April 1967, where he spent his formative years. Having developed a talent for creativity, Gareth left school to train as an architect at both the Glasgow School of Art and at Florence University. In 1992 he joined Penoyre and Prasad as an associate, where he worked on projects ranging from the visitors’ centre at Belmarsh Prison, the care home at Lambeth, Mayesbrook Health Centre, the Young People’s Centre in Bridgwater and Wolverhampton Civic Halls. After six years with the company in London, Gareth returned to Scotland and set up Gareth Hoskins Architects in Glasgow in 1998.

In 2003, five years after establishing his practice, Gareth and his family moved to Helensburgh. Through a series of major competition wins Gareth Hoskins Architects became one of the UK’s leading design practices, producing creative, innovative, award-winning buildings and environments.

Gareth’s architectural experience covered a wide range of projects, from large scale regeneration and commercial projects to the public sector, and from community and healthcare to major cultural and heritage initiatives.

Gareth’s projects included the Art Park at Bellahouston, the Bridge Arts Centre, the architecture gallery at the V&A Museum, the Mackintosh Interpretation Centre at The Lighthouse, Robin House at Balloch, the award winning Culloden Battlefield Memorial Centre, a major development for the National Museum of Scotland (which won the 2011 RIAS Andrew Doolan Best Building in Scotland-award, RIBA award and a special award from the Civic Trust in 2012 ), Ballymena Health & Care Centre, a golf resort development in Aberdeenshire, visitor centre for Housesteads Roman Fort on Hadrian’s Wall and the Athletes’ Village for the Glasgow 2014 Commonwealth Games.

Gareth also had the distinction of representing Scotland internationally, when he designed the critically acclaimed ‘Gathering Space’ for the 2008 Venice Biennale.

In 2009, Gareth was appointed as an Academician (or member) of the Royal Scottish Academy, an elite independent body of artists and architects founded as Scotland’s oldest artists’ collective. Academicians are elected by their peers and are Scots by birth or domicile, the majority living and working in Scotland, from the Orkney Islands to the Borders.

2009 saw Gareth’s incredible award run continue with the collection of three major awards in the Scottish Design Awards, including the award for ‘Architects of the Year’.

But it’s not just some of the world’s finest museums and heritage sites that benefited from Gareth’s expertise.

As a local man, Gareth always showed a keen interest in potential design projects within the Helensburgh & Lomond area. He created proposals for a new swimming and leisure complex on Helensburgh’s pier head for Argyll & Bute Council, assisted Hermitage Primary school with a play area, and produced a proposal for the Helensburgh Heroes charity to restore the Patterson designed former East Clyde Street School into a community hub. In January 2015, it was announced that Hoskins Architects together with Gillespies had won a publicly tendered design contract for a £2 million revamp of Helensburgh’s Hermitage Park.

Another local landmark building which had caught Gareth’s imagination was the Cardross Seminary which was originally designed by Glasgow architects Isi Metzstein and Andy MacMillan and is regarded as a key example of Modernist design. In 2008, Hoskins Architects were commissioned by Historic Scotland and the developer Urban Splash to develop proposals to bring the derelict buildings back through a new use.

Gareth was awarded an OBE in the 2010 New Year’s Honours List.

Gareth Hoskins passed away suddenly at the age of just 48 on 9th January 2016 in Edinburgh Royal Infirmary, having suffered a heart attack on 3rd January 2016 during a fencing event at Fettes College. 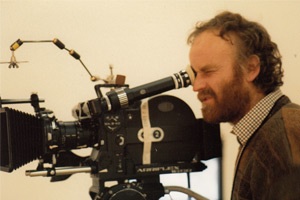 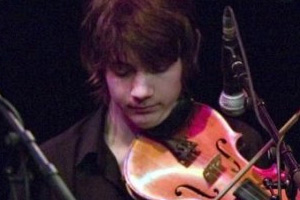