William Herbert Guthrie-Smith was born William Herbert Smith in Helensburgh, on 13 March 1861. He was the eldest child of John Guthrie Smith, a wealthy insurance broker, and Anne Penelope Campbell Dennistoun. After private tutoring and an English preparatory school, he attended Rugby School. He showed early interest in the natural world.

In 1880 Herbert (as he was always known) and his relative and schoolmate Arthur Cuningham sailed together for New Zealand. They began in South Canterbury, learning the basics of sheepfarming from their uncle, George Dennistoun, at Peel Forest station. In September 1882, for £9,750, they took over the lease of Tutira, a run-down bracken-covered sheep station of 20,000 acres in central Hawke’s Bay. The station was only marginally viable at first, and Cuningham soon quit, and Guthrie-Smith later took on Thomas Stuart as his partner. Over time they slowly improved Tutira’s pastures and flocks, and were able to acquire the leases of two neighbouring properties in the late 1890s, increasing the size of the station to about 60,000 acres.

In 1901 Guthrie-Smith made a trip back to Scotland, and married a distant cousin, Georgina Meta Dennistoun Brown, at Jamestown on 1 October. Their only child, Barbara, was born in 1903. That same year Guthrie-Smith took sole control of Tutira, now a profitable enterprise running 32,000 sheep. His brother Harry joined the station, taking over the daily management, and increasingly Herbert was able to turn his energies to natural history.

He concentrated on Tutira and its abundant bird life studying and photographing a wide range of native species and their wild habitats.

After the war he subdivided 13,000 acres of Tutira into smaller farms for returning New Zealand soldiers. He now concentrated on his magnum opus – a comprehensive book that would integrate 40 years’ collected records and observations, notes and anecdotes to give a complete account of Tutira station. Tutira: the story of a New Zealand sheep station was published in 1921.

Tutira was acclaimed within New Zealand and internationally, winning recognition as a provocative and unique work. Tutira’s story is presented as typical of the changes wrought by European settlement throughout New Zealand.

During his life Guthrie-Smith and his family made several journeys to Britain and Europe, visiting family and the major botanical collections. Voyaging back to New Zealand in 1927 Georgina Guthrie-Smith died in a shipboard epidemic and was buried at sea.

The 2,000 acres that remained of the Tutira station were left in trust to the New Zealand public as an educational and recreation reserve.

Based upon an entry by Ronda Cooper, Dictionary of New Zealand Biographies 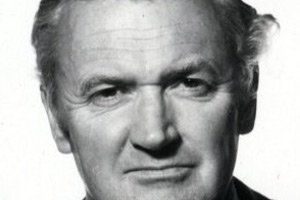 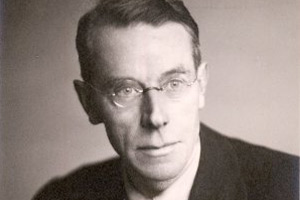 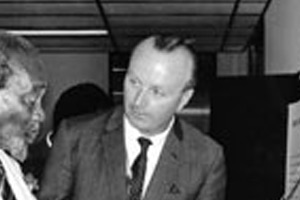