Tom Vaughan was born in Glasgow on the 9th October 1969, to Peter and Susan Vaughan, but spent his formative (first 17) years in Helensburgh. Tom attended Hermitage Academy, where he was a classmate of digital artist Laura Grieve.

From an early age, the call of the entertainment industry beckoned for the Vaughan boys. Tom started out as a child actor in hit Scots TV show Stookie, but he was to find his true calling behind the lens. Tom had developed an interest in film from a very early age. He was a regular visitor to the La Scala cinema in Helensburgh (now the Logie Baird Pub) and was inspired by George Lucas’ ‘Star Wars’.

Tom used his earnings from Stookie to purchase his own video camera and embarked on his fledgling movie career by making films all over Helensburgh. Tom recalled: “We would go behind the house, near the naval base and out on the playing fields and shoot comedies, war movies, anything really. We would even do our own stunts with people jumping from windows. It was mostly comedy though because we didn”t have enough money to make serious films. The last ones I remember us doing were when we were old enough to drive. We did these car chase scenes but we never got very far because the police kept stopping us.”

After Tom left the Academy, he graduated in Drama at Bristol University in 1990 and then he moved to London to start making short films. His first short ‘Super Grass’ went on to win a distribution deal with Richard Linklater’s movie ‘Dazed and Confused’ and played in theatres across the UK as well as at film festivals. It was bought by Film Four and shown on national TV.

His next short film ‘Box’ caught the attention of the organisers of a Levi’s sponsored short film competition. Tom’s comedy ‘Still Buzzin’ became the first film made under this scheme and was shown at festivals around the world. It too won a theatrical distribution deal this time in front of Richard Linklater’s movie ‘Suburbia’. On the strength of ‘Still Buzzin’ ad agency St Luke’s approached Tom to direct a short film they were producing as part of a campaign for BBC Radio 1.

The resulting film ‘Plotless’ was again shown at cinemas across the UK and the four TV spots shot as part of the production went on to win Tom a ‘Creative Circle Award’ for ‘Best Newcomer’. Within a year of this achievement Tom had shot a brace of commercials and won a BTAA Gold Arrow for his ‘Yellow Pages’ commercial.

Tom then successfully balanced an incredibly busy commercials career which included campaigns for ‘Boots’, ‘Sainsbuy’s’ and ‘M&S’ with TV drama work. His drama credits include ‘Cold Feet’,’ I Saw You’, ‘Safe as Houses’ and ‘Final Demand’ for the BBC. Tom was named by Campaign as one of the UK’s Hottest Directors and was selected as part of Saatchi & Saatchi’s New Directors’ Showcase at Cannes. He has also won a bronze lion at Cannes for his ‘Coco De Mer’ spots which he directed for Saatchi & Saatchi London.

But it was the silver screen, Tom’s original love, that has cemented his reputation, and he is certainly poised for a glittering career. His film directing debut was the 2006 coming of age comedy ‘Starter for Ten’, starring James McAvoy, based on the 2003 novel by David Nicholls. Despite its British roots, it was shot in Bristol, and subject matter, Starter for Ten was predominantly funded by the States, with Tom Hanks’ Playtone Company buying the rights to Nicholls’ novel. The film was a critical success.

Tom’s second feature led him to the US, to direct Cameron Diaz and Ashton Kutcher in the rom-com ‘What Happens in Vegas”. Set in Sin City, the story revolves around two people who discover they’ve gotten married following a night of debauchery, with one of them winning a huge jackpot after playing the other’s quarter. The unhappy pair try to undermine each other and get their hands on the money, falling in love along the way. The film premiered on the 1st May 2008 and was a worldwide commercial success taking an estimated $220M at the box office.

January 2010 saw the release of Tom’s third feature, Extraordinary Measures starring Brendan Fraser and Harrison Ford. Based on a Wall Street Journal article and subsequent book The Cure by Geeta Anand, the film describes a race against time to develop a treatment for Pompe disease, a form of muscular dystrophy. It is told largely from the point-of-view of John Crowley, a real-life biotech entrepreneur whose two children were afflicted with the illness.

Tom credits his time at the BBC with sharpening his skills. “TV work taught me that you need to turn up well-prepared because you have tight schedules and big crews and people need to feel there’s someone in charge who has a plan. You can change the plan, but you’ve got to have one to start. And if you’ve planned well, and you are actually shooting scenes, when surprising things happen or variations turn up, you can deal with them, you can use them.”

For Tom, the difference between television and film is simply a matter of scale. The problems of establishing a pace, controlling the tone, getting the elements of the frame remain the same. “TV is slightly less of a high-wire act. Movies are definitely playing for bigger stakes. I guess on any one particular film the key is to make sure that you’re all making the same movie. You’ve got to feel confident that the producers and the studio and the director are all looking for the same thing.”

It is a remarkable story that the Helensburgh boy, who was so inspired to be a film maker by the swashbuckling exploits of Han Solo, would be directing him some 30 years later.

Over the recent past Tom has spent much of his time directing for TV. His latest television work includes the BAFTA winning Doctor Foster. He also directed 4 episodes of the Royals and worked on 3 episodes of Victoria and The Son – a period drama based on a fictional Texan family starring Pierce Brosnan. He is now due to direct Press – a five part drama for BBC/Masterpiece/Amazon set in the world of newspapers – its past riven by hacking scandals, its present at the mercy of the digital age and the 24 hour news cycle, its future uncertain.

Tom’s younger brother, Sebastian has proved that creativity runs throughout the Vaughan family by carving a career in music as pioneering DJ – 69db. 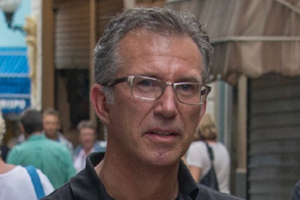 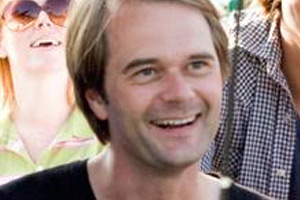 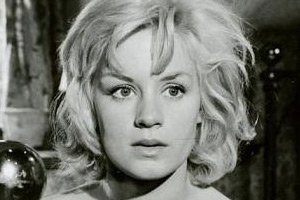 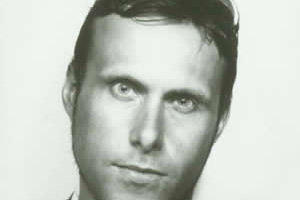