Kim was born on March 11th 1959 in Helensburgh, to a Welsh Mother and an English Father. Kim is the second of four siblings, brought up near Portsmouth – where her father was based with the Royal Navy after Faslane – she was educated at Purbrook Grammar School in Hampshire.

Her passion for selling began when she was 13, working on Saturdays in a shoe shop and on Sundays at a newsagent. The headmaster at her grammar school, despaired when she told him she would not be going to university. “I can’t bear the thought of you just working at a till,” he told her, when she broke the news that she was joining Marks & Spencer’s management scheme.

She joined M&S in 1977 as a management trainee and during her time there held such senior positions as executive for menswear buying and divisional director of the womenswear group. She was also responsible for setting up the first marketing group for the company and held senior positions overseas with both Brooks Brothers and Marks & Spencer’s Canadian business. Winser was the only female director of Marks & Spencer where she ran the womenswear division. Under her direction, the women’s business grew substantially in sales, market share and profit

Winser left M&S for Pringle of Scotland and is now associated with the company’s turnaround.

Appointed to the role of Pringle’s CEO following its takeover in 2000, Winser “morphed one of the oldest fashion labels in the world from frumpy to fabulous in less than five years”.

Arriving at the heavily loss-making company, she immediately ended Nick Faldo’s £1.5m endorsement deal, pulled out of 100 stores – including Edinburgh Woollen Mill – and brought in Selfridges and Harvey Nichols instead. A new collection was designed, made and launched in only three months.

She developed a powerful brand strategy, reined the international licenses back in-house and worked on growing the brand internationally by identifying Pringle’s key global markets. She launched a retail division, opening flagship stores in Bond Street and Sloane Street, London and across the world. She worked closely on the product and launched it to the fashion industry by showing on the Milan runway and opening showrooms in key markets important to the world of luxury fashion.

Kim was appointed President and Chief Executive Officer of the British luxury fashion brand, Aquascutum, in April 2006 with a brief to significantly grow the business globally. She launched a new advertising campaign with Pierce Brosnan in her first season.

“I just thought what we could do here is amazing,” says Winser. “This fabulous, elegant, glamorous British heritage, it’s got all the formulae for being a strong global luxury brand, but they weren’t being used and developed.”

Kim announced her resignation from Aquascutum, in late May 2009 after her plans for a management buyout of the business from its owner Renown failed after protracted negotiations. In November 2009, Kim was appointed by 3i, whose assets include lingerie brand Agent Provocateur and womenswear chain Hobbs, to work with the group’s consumer goods team. In March 2010, Kim was named as Chairman of Agent Provocateur, a position she held for less than a year. Kim resigned as Chairman on the 22nd January 2011.

Kim had unveiled plans to plans to grow the luxury lingerie chain’s eCommerce and licensing divisions and double its store numbers within three years, taking the company’s total portfolio to 100 stores. Expansion was planned for international markets including Russia and the Far East. Commenting on her resignation from Agent Provocateur, a 3i spokesperson stated: ‘She came to do special projects for us and to re position the brand into the luxury sector. I think the general perception here was she had accomplished what she came in to do.’

In early summer 2011, Kim was appointed as a consultant, with a remit to aid international expansion in Asia and the United States, to French Sole, the retailler of ballet style fashion shoes.

In 2013, Kim founded her own business – Winser London

Having identified an important gap in the market, Kim launched a brand that offered truly luxurious quality women’s clothes at sensible prices.The brand’s design team works closely with selected mills around the world to design, develop and deliver the highest quality fabrics and yarns that are exclusive to Winser London.

Kim supports various charities including working with HRH The Prince of Wales with The Prince’s Trust. She works with students at Central Saint Martin’s and Heriot-Watt University and is a regular contributor to Forbes.

Kim was awarded a Doctorate by Heriot-Watt University in 2003 and an OBE for services to the fashion industry in the 2006 New Year’s honours list. Kim lives with her son in Windsor, Hampshire.

Despite Kim’s business success, her mother’s words have kept her grounded and utterly down-to-earth. “My mother advised me to always ‘just be myself’,” she explains. “Those few words have stayed with me and have kept me on a solid path throughout my career – and my own advice to myself has been “to give more than I take in life”. I hope we will always deliver this to our customers through Winser London too”.

Based in part on a biography available on winserlondon.com 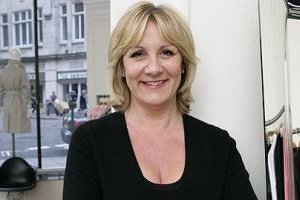 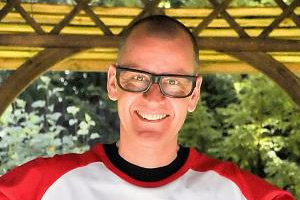 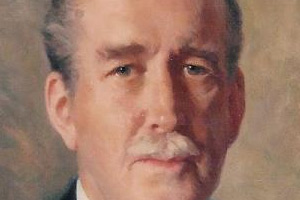